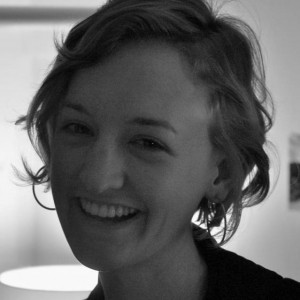 Abbie Miller, from Wellman, IA, recently graduated from Goshen College with a B.A. in Art. Besides spending a semester in Peru, Abbie kept busy during her college years working in a variety of venues, including the Midwest Museum of American Art in Elkhart, IN, and Immigration Services at the University of Iowa. In her free time, Abbie does freelance photography, plays the piano, and practices yoga. Abbie is working with the Union Project. 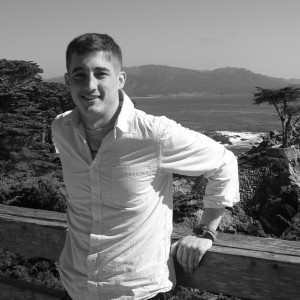 A southwestern PA native, Alex Smith graduated from Carnegie Mellon University with a degree in History & Public Policy. During and between college studies, Alex was employed as a Sergeant with the Marine Corps Reserves, serving in Iraq and Afghanistan. Part of Alex’s responsibilities with the Marine Corps at home was assisting with the Allegheny County Toys for Tots program for two holiday seasons. Alex is working with the Three Rivers Workforce Investment Board. 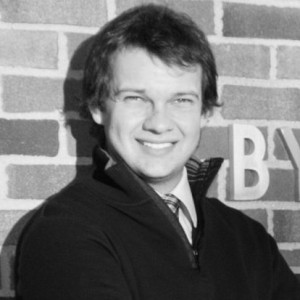 Alex Woodring, from Sherwood, OH, graduated from Bluffton University with B.A. in Communications and a minor in Graphic Design. Alex has spent the last year working at the Delphos Herald. During his time at Bluffton, Alex was a supervisor at BlufftonConnection.com, a student-driven news website. He served as a student ambassador/campus tour guide as well as a resident adviser. Alex spent some time abroad in China. Alex is working with 91.3 fm WYEP. 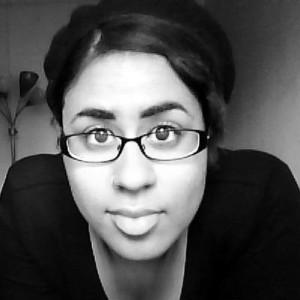 Ariele Martinez, originally of Staten Island, NY, is a recent graduate of Bryn Mawr College, where she studied Psychology. Ariele spent two summers studying abroad, in Germany and in Switzerland, and is proficient in both French and German. She has completed a variety of internships, including as a teacher’s assistant, as a research assistant in a lab, and as a mentor in an afterschool program. For fun, Ariele enjoys cooking and knitting. Ariele is working with the Chuck Cooper Foundation. 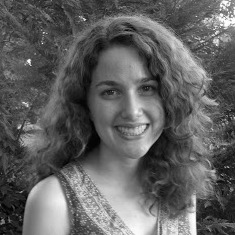 Originally from Lancaster, PA, Emily Kraybill graduated from Goshen College with a major in Social Work and minor in Women’s Studies. At Goshen, she spent a semester abroad in Peru. She interned with the Women in Leadership Project, gathering stories from Mennonite women across the U.S. She has also interned at the Council on Aging in Elkart, IN. Outside of work, you might find Emily creating a “silly stuffed monster.” Emily is working with Oakland Planning and Development Corporation.

Hannah Geiser is a recent graduate from Goshen College. She grew up in Indianapolis, Indiana, before studying Biochemistry at college. She completed two off-campus semesters, in Nicaragua and at Goshen’s Sustainability Semester in Residence program. She has also participated in a Research Experience for Undergraduates at the University of Maryland. Hannah is a fan of knitting and running, and won’t pass up a game of soccer. Hannah is working with Allegheny Cleanways. 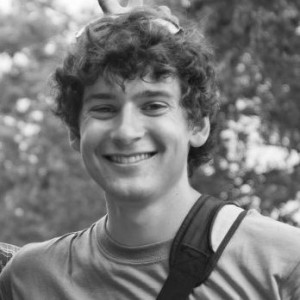 James Souder grew up in Harrisonburg, VA and graduated from Eastern Mennonite University with an Environmental & Social Sustainability degree. James was heavily involved and was a founding member of the Sustainable Food Initiative Club on campus. He spent a semester abroad in the Middle East, a summer in Philadelphia working with kids on urban farms, and 2 summers working with the Summer Peacebuilding Institute. James is working with the Pennsylvania Environmental Council. 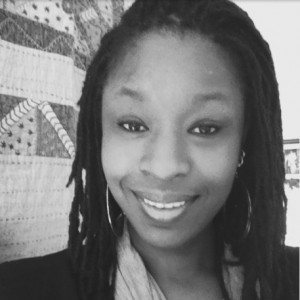 Josephine (Joey) Nyame, from Philadelphia, PA, is a recent graduate of Bryn Mawr College, where she studied Psychology. Josephine is quite familiar with service, as she was a Civic Engagement Officer at Bryn Marw. She also has much experience working with youth, as a teacher’s aide, a liaison between high school girls and their college mentors, and an intern at La Casa de los Amigos in Mexico City. Joey is working with POWER. 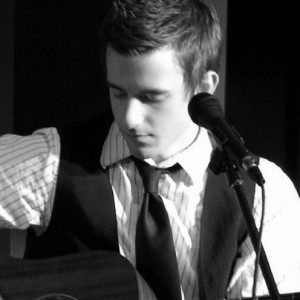 Jonathan Luginbill grew up in Bluffton, OH and graduated from Bluffton University with a Bachelors of Arts in Music. Jonathan worked on campus as a Sound Booth Technician and a Sound Booth Supervisor. He also served as a Resident Advisor for a dorm hall as well as campus housing. During the past couple of summers, Jonathan has kept busy working on a local farm. His outside of work hobbies include playing piano and guitar. Jonathan is working with the Kelly Strayhorn Theater. 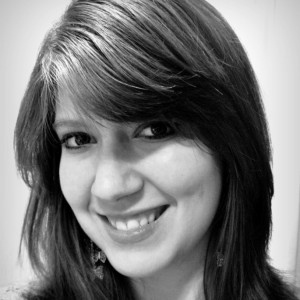 Leah Waltermyer, a Washington, PA native, graduated from Bluffton University with a degree in Fashion & Interior Design. Leah studied abroad in Israel and Palestine, learning of the culture, religion, people, and conflicts. On campus, Leah was a Student Ambassador, a First-Year Mentor, a Sound Booth Technician, and part of the Gospel Choir. In her spare time, Leah gravitates toward making music or enjoying the outdoors. Leah is working with Habitat for Humanity of Greater Pittsburgh. 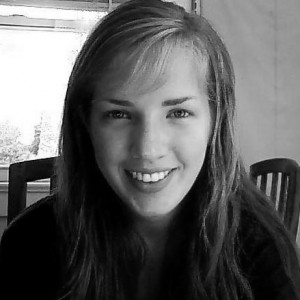 Lydia Yoder, a Quakertown, PA native, recently graduated from Goshen College with a degree in Environmental Science. Lydia has range of experience, from studying bees, to monitoring local water quality, to organic farming, to planting trees in Tanzania. Locally, Lydia was a horticulture intern at Phipps Conservatory. Outside of work, you might find Lydia making music, gardening, or climbing trees. Lydia is working with GTECH. 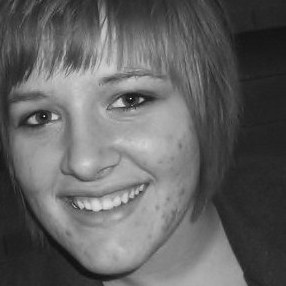 Nikita Zook, from Canton, OH, recently graduated from Goshen with a degree in Social Work. Nikita was involved in a many activities at Goshen: she played tennis, interned at Soup of Success, and was a leader for the Goshen’s Student Women’s Association. Nikita spent a semester at The Oregon Extension, a cooperative living & learning program. Last summer, she finished up college with a semester in Peru. Nikita is an avid reader, music-maker, and runner. Nikita is working with APOST. 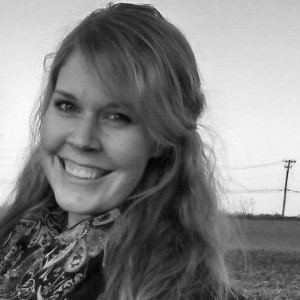 Rachel Reppert is a West Coast native, but came east to study Sociology and Psychology at Waynesburg University. Rachel spent a semester abroad in Uganda, studying at Uganda Christian University and working with Noah’s Ark Children’s Ministries. Outside of school, Rachel has experience working as a nanny, a YMCA employee and a volunteer at the Waynesburg Senior Center. After work hours, look for Rachel skiing, hiking, camping or taking photographs. Rachel is working with EECM. 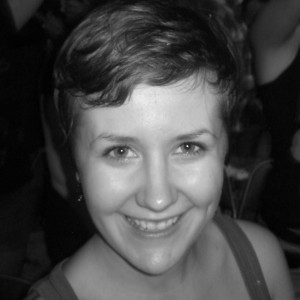 Rebecca Dyck, comes to Pittsburgh from Milverton, Ontario. She resided at Conrad Grebel University College, a school within the University of Waterloo. She earned a B.A. in Environmental Studies with a minor in Peace & Conflict Studies. Rebecca served on different committees at CGUC, including Residence Life and Orientation Leader. In college, she held environmental policy internships. Rebecca has co-authored a children’s book, and plays the piano. Rebecca is working with the Design Center. 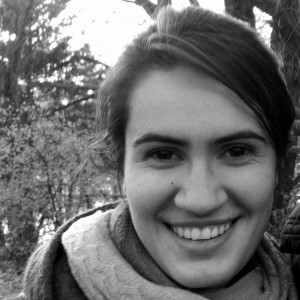 A native Pittsburgher, Renata Nelson recently graduated from Macalester College in St. Paul, MN with a dual major in Hispanic Studies and Geography. Renata participated in several study abroad programs: in Peru, Ecuador, and Italy. At Macalester, Renata worked in the Hispanic Studies Department as a tutor and instructor. Outside of Macalester, Renata volunteered at summer camps and adult ESL programs. Renata is working with the Kingsley Association and the Larimer Consensus Group. 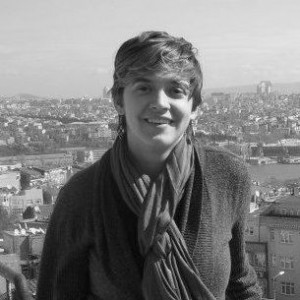 From Indianapolis, IN to Harrisonburg, VA to Pittsburgh, comes Ruth Maust, a graduate of Eastern Mennonite University. Ruth was a Chemistry major. She spent a semester abroad in Guatemala and Mexico. She spent another semester in Austria at Graz University of Technology as an International REU intern. On campus, Ruth was committed to EMU’s Safe Space group. She enjoys reading and making jewelry. Ruth is working with the Green Building Alliance.

Originally from Paoli, IN, Leah Thill graduated from Goshen College with a degree in Chemistry.  Leah worked as an Energy Researcher at Penn State University.  At Goshen, she served as a teaching assistant, as a member of the cross country team, orchestra and campus activity council.  Leah spent a semester abroad in Tanzania and served those in need in Mississippi.  Leah worked with Allegheny Cleanways and continues to serve there as a project coordinator.