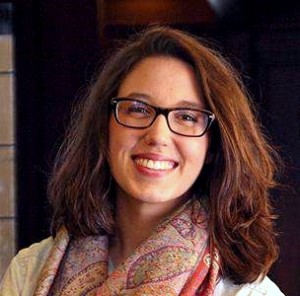 Jenna Baron is no stranger to the region, having spent her college years at the University of Pittsburgh. She studied Anthropology, with a minor in Global Studies and African Studies. During her time in college, she co-founded the Pittsburgh Refugee Youth Summer Enrichment Academy and was active in Keep It Real, a student group that provides after-school tutoring to Somali Bantu refugee youth. Also, Jenna lived, for a time, in Nairobi, Kenya as a Fulbright Research Scholar. Outside of her work, Jenna loves to salsa dance and to explore new places. Jenna served at United Way Be There. 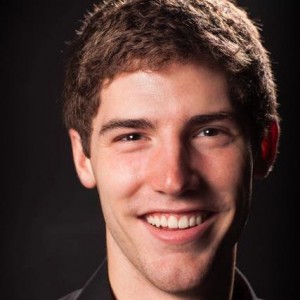 Brendan Erb, a native of Harrisonburg, VA, graduated from Eastern Mennonite University with a degree in English and license in Secondary Education. Brendan has much experience working with youth, including several student teaching experiences and several years as a camp counselor at Camp Hebron. In addition to teaching, Brendan represented his senior class as co-president. Brendan enjoyed getting to know the neighborhoods of Pittsburgh better during his year. You may have seen him out and about in Pittsburgh, running, playing volleyball and tennis, or playing board games. Brendan served at Green Building Alliance. 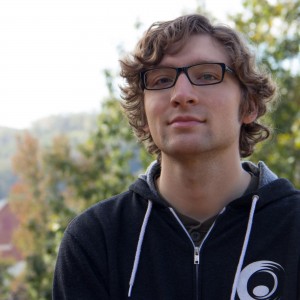 Chad Green, a Western PA native from Butler, graduated from Waynesburg University with a degree in Communications and a focus in Electronic Media Discipline. During his college years, Chad spent a semester at the Contemporary Music Center in Nashville, TN, further exploring his love of music. Chad has much experience in the world of Audio and Digital Recording and Engineering. Outside of school, Chad loves being outdoors, taking photographs, and playing music. Chad is serving at East End Cooperative Ministry. 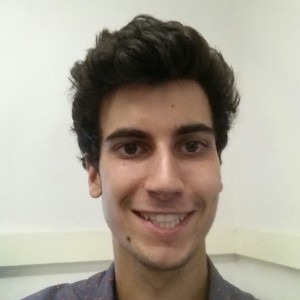 Nic Marlton graduated from Carnegie Mellon University with a degree  in Ethics, History, Public Policy, and Art. Nic was Project Manager and Treasurer for the Margo Lovelace Project, a Mediator for the Program for Deliberative Democracy and a member of the Larimer Green Team.  He was also involved with the Lawrenceville Boys and Girls Club, Students with a Goal, and the James River Mural Project.  Nic enjoyed living in community with others while doing a year of service. Nic served at the Design Center. 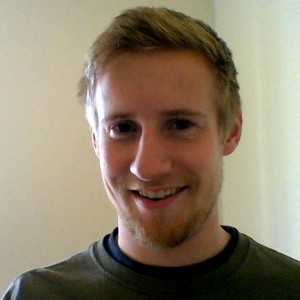 Originally from Lancaster, PA, Kevin Martin spent the last four years at Eastern Mennonite University completing a degree in History. Aside from his degree, Kevin also completed a semester-long trip to South Africa and Lesotho. At EMU, Kevin was surrounded by statistics as a Sports Information Assistant, and helped run a campus-based Community Supported Agriculture program. Kevin was an avid Frisbee player and one of the organizers of the EMU Ultimate traveling team. He looked forward to finding a new team in Pittsburgh. Kevin served at Three Rivers Workforce Investment Board. 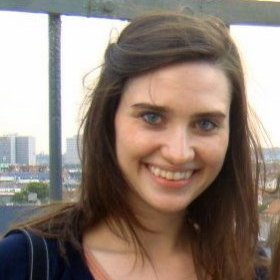 Molly Recka comes to Pittsburgh via the Boston area, with a stop in Wooster, Ohio, where she received a Bachelor’s degree in Anthropology.  Molly was extremely involved on Wooster’s campus; she served within the Student Government Association in different capacities and was the Director of Special Events for Wooster Activities Crew. Molly was also a traveler, having completed two study abroad terms in Denmark and in India. Molly served at Lawrenceville Corporation. 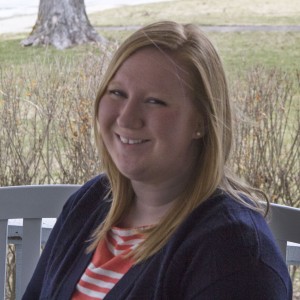 Sarah Schneider comes to Pittsburgh by way of Illinois. Much of Sarah’s time at Southern Illinois was spent as Editor-in-Chief at the Daily Egyptian, the student newspaper. Sarah’s love of writing opened the opportunity for her to intern with the Pittsburgh Post-Gazette one summer, where she started to get to know Pittsburgh. Outside of writing, Sarah loves animals. She looked forward to volunteering at an animal shelter in Pittsburgh. Sarah served at WESA. 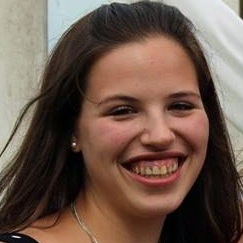 Providence Smith, a Washington DC metropolitan native, made her way to Pennsylvania four years ago as a student of Messiah College. There, Providence chose the major Sociology & Anthropology. Providence traveled during her college career, spending a semester in India and living in intentional community. Providence had a range of service experience, from afterschool programs to childcare and camp counselor positions to planning life-skills classes. Providence enjoyed singing, dancing, taking photos and playing basketball. Providence served at Oakland Planning and Development Corporation. 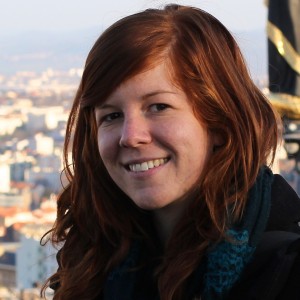 Julia Smucker, originally of Goshen, IN, graduated from Kalamazoo College with a degree in English Writing and French. Before coming to Pittsburgh, she was a teaching assistant at a high school in France. Some of Julia’s skills include acting, singing, playing cello, and creating documentaries. Some of Julia’s other experiences include transcription and archival work at the Southwest Michigan Black Heritage Society and working as a Service-Learning Tutor at Woodward Elementary School. Julia is served at Amizade. 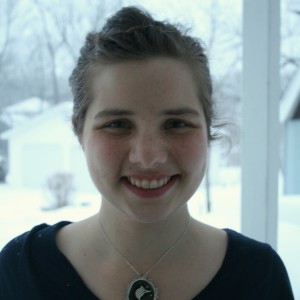 Jess Sprunger, a native of Goshen, IN, attended Goshen College where she majored in Art. Always looking for something creative, Jess was leader of the art club and worked at The Hershberger Art Gallery on campus. Her other interests included creating community through good food and shared meals. She worked at the local bakery, Rachel’s Bread, and enjoys baking and cooking. Jess iwa excited to dive into the creative energy in Pittsburgh. Jess served at Penn State Extension and Garfield Community Farm. 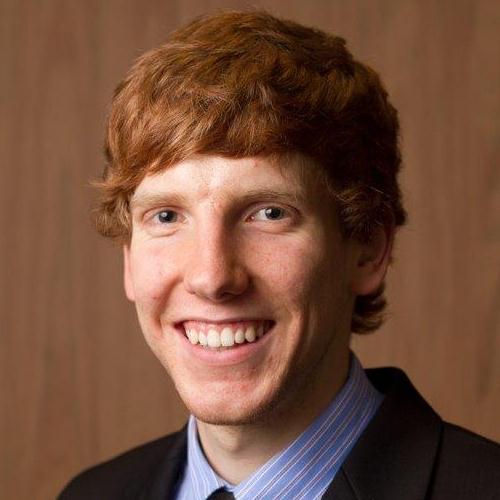 Abe Stucky, a Pittsburgh native, graduated from Goshen College with a degree in Physics and Art. Besides spending a semester abroad in China, Abe served as a Resident Assistant and Student Technology Assistant on campus. Abe completed a 10,000 mile bike ride from Paraguay to Indiana, living and working on an organic farm in Ecuador among other things. Abe was excited to get to know the city of Pittsburgh better. You may have seen him out and about in Pittsburgh riding his bike and advocating for bicyclists through Bike Pittsburgh. Abe served at Northside Leadership Conference. 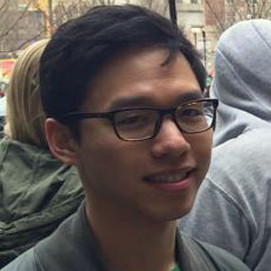 Kevin Tang came to Pittsburgh from Deer Park, TX four years ago to attend the University of Pittsburgh. He studied Ecology & Evolution and Urban Studies, with a minor in Studio Arts. Already involved in the nonprofit community, Kevin worked for Tree Pittsburgh while volunteering with GlobalPittsburgh, and has worked with Phipps Conservatory, Magee-Women’s Research Institute, and the Collegiate YMCA. Kevin loved to ski and draw and was excited to continue to get to know the Pittsburgh nonprofits. Kevin served at ARTEZ. 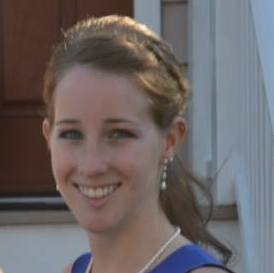 A native of Maryland, Lindsey came to Pennsylvania by way of Allegheny College. There, Lindsey earned a degree in Environmental Studies. In addition to her studies, Lindsey worked hard in the Learning Commons, where she provided academic, social and emotional support to students. Outside of Allegheny, Lindsey spent a semester in Costa Rica’s School for Field Studies & Sustainable Development. In her free time, Lindsey played the flute, skied, ran, and mountain biked. Lindsey served at Allegheny Cleanways. 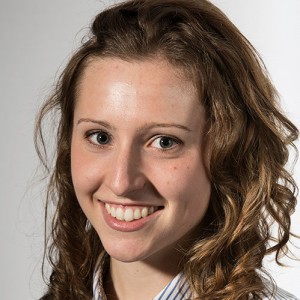 Originally from Plain City, OH, Chaska made Harrisonburg, VA her home for the last four years as a Social Work student at Eastern Mennonite University. Chaska was extremely involved on campus, as a member of the Admissions Office staff, EMU’s Summer Conference staff, Residence Life staff, Campus Ministries staff and participating in intermurals and Women’s Soccer, to name a few. Chaska spent time abroad, including a cross cultural semester in the Middle East. During any spare time that is left, you might have found Chaska cooking, painting, or relaxing outside. Chaska served at Habitat for Humanity. 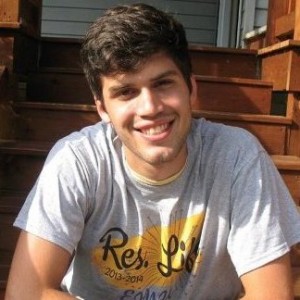 Originally from Bird-in-Hand, PA, Phil Yoder came to Pittsburgh from Eastern Mennonite University. Phil earned his degree in Biology with an endorsement in secondary education. Phil was a student teacher for a year and also worked with youth during summer camp. On campus, Phil was a Community Advisor to those in his building. For his international studies, Phil spent a semester in South Africa and Lesotho, getting a broader international perspective. In his free time, Phil loved making music or playing any sports. Phil served at Friends of the Riverfront. 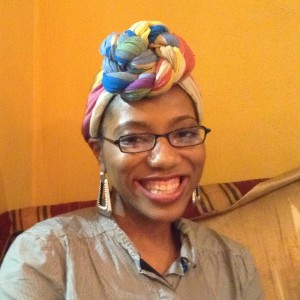 Ciera Young, an Ohio native, was in Pittsburgh for four years as a student at Chatham University. There she earned two B.A.s: one in Cultural Studies with African American Concentration, and one in International Studies with African Concentration. She also studied Film & Digital Technology. At Chatham, Ciera was a Resident Assistant, co-president of the Black Student Union, and co-chair of the Green Horizons Environmental Club, to name a few. Ciera had a number of experiences linked to public policy, to add to her resume. When Ciera relaxed, she played the violin or cello, or created a film. Ciera served at Manchester Academic Charter School. 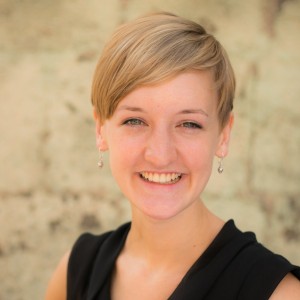 Abbie Miller, from Wellman, IA, recently graduated from Goshen College with a B.A. in Art.  Besides spending a semester in Peru, Abbie kept busy during her college years working in a variety of venues, including the Midwest Museum of American Art in Elkhart, IN, and Immigration Services at the University of Iowa.  In her free time, Abbie did freelance photography, played the piano, and practiced yoga. 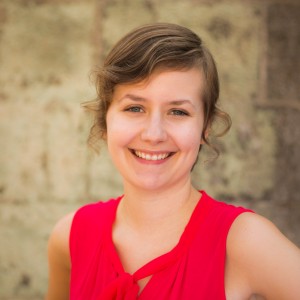 Rebecca Dyck came to Pittsburgh from Milverton, Ontario. She graduated from the University of Waterloo and lived in residence at Conrad Grebel University College. She earned a Bachelors of Environmental Studies with a minor in Peace & Conflict Studies. Rebecca served on different committees at CGUC, including Residence Life and Orientation Week Leader. Throughout her college years she completed numerous internships focusing on environmental policy with the Canadian and Ontario governments. Rebecca co-authored a children’s book, and played the piano.

She served as a fellow with PULSE in 2013-14 with The Design Center.  She joined PULSE for a second year as the Marketing and Outreach Associate.